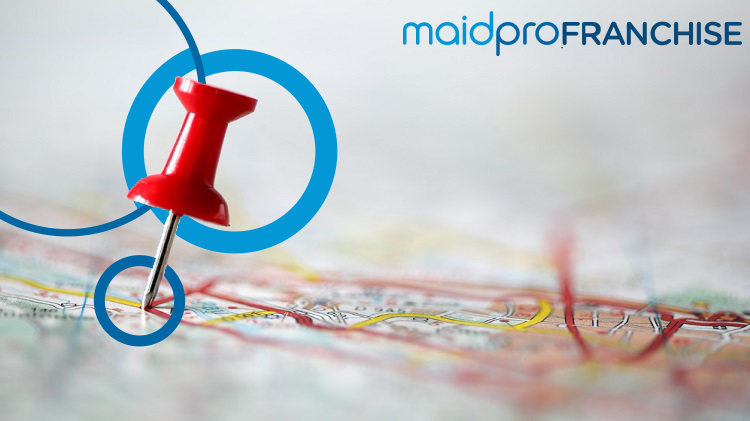 What Is Franchise Territory?

Franchise territory is the physical area from which you’ll draw customers. It’s where you’ll focus your marketing efforts and do business, whether that means performing a service like home cleaning or selling a product.

So, physical size does matter to some degree, but it actually may not be the most important facet of franchise territory to think about. For example, if you’re in a small area that has a very dense population, you will likely have a larger potential customer base than if you’re in a larger physical area where the population is sparse.

The definition of franchise territory may also differ greatly between franchises like restaurants that have brick and mortar locations and franchises which provide services that can be run from the franchisee’s home, or where services are provided at the customer’s home or business. With a home cleaning franchise like MaidPro, for instance, you’ll be going to your customer, not the other way around.

Franchise territory may also range from very small to very large geographical areas depending on the type of business. With a fast-food restaurant, for example, your territory may be quite small, with other franchisees that share your brand just down the street. So, you may have to look more closely at things like the daily traffic flow and whether you’re near a busy intersection, rather than size.

Want a Franchise Brand that Will Customize Your Territory?

As you can see, franchise territory can be a little more complicated than it appears on the surface. In actuality, it involves a lot more than just the physical size of an area. And be sure to keep in mind that the way a franchisor defines and manages “franchise territory” can differ greatly from one franchise system to another. MaidPro Franchise works very closely with each new franchisee to customize a franchise territory that will help them achieve their business goals. Want to learn more?